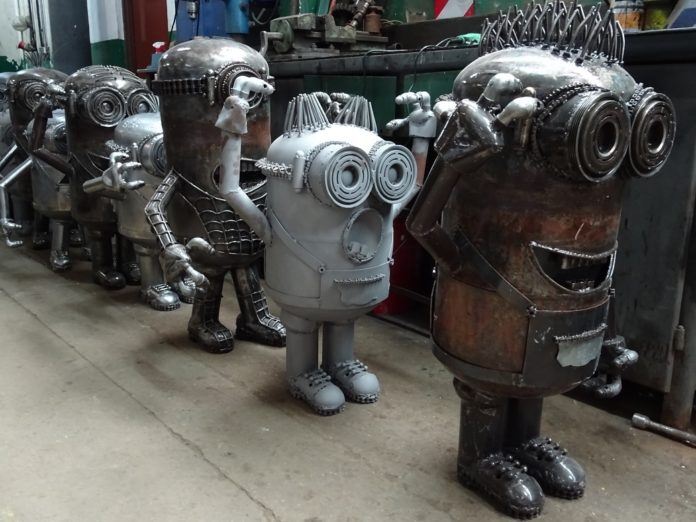 One of the most interesting recently opened tourist projects in the vicinity of Warsaw. Everything started with the purchase of scrap in Pruszków, and how did it end? We currently have several branches of Gallery in Poland also appearing the first foreign ones, among others In Berlin or Prague.

It started as scrap purchase spot „Near the Tank” in Pruszków

An inconspicuous place as the purchase of scrap „Near the Tank” has been celebrated by all of Poland already in 2014 year. For the first time, Polish television displayed  the interesting documentary „People from steel”. it has accelerated everything. The originator of the gallery Mariusz Olejnik performed under the pseudonym Jose the Collector planned an ambitious tourist project. Just after the popularity which was brought by the film. 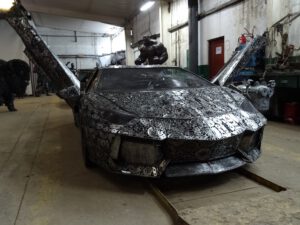 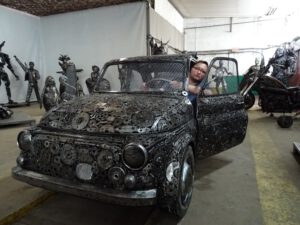 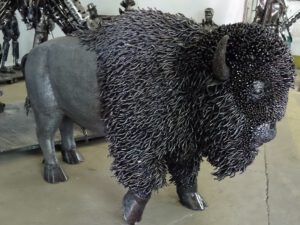 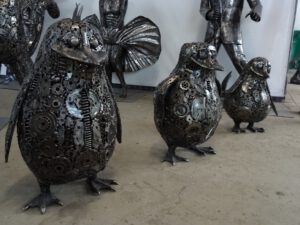 zWarszawy-naWeekend.pl supported Gallery in its beginnings

In the initial period of work on the Gallery Expansion Project, we had a chance to be involved. We were present during the conversation with the authorities of the Zator city on the creation of a gallery near Energylandia the most famous amusement park in Poland. We also advised on the choice of subsequent Polish locations. But this was only the beginning.

Gallery of steel figures have grown and built its exclusive brand

The creator of the gallery has put very significant funds for further development. Another artists who worked on the next steel sculptures were contracted. In this way, an impressive collection of cars, characters from fairy tales and films as well as VIPs were created.

You have to bring that scale is really impressive, and a gallery is a unique place for a tourist map of Warsaw. Although it does not provide a long time to visit it certainly delight. Especially fans of photography as well as the golden hands/constructors appreciate the artist’s talent showed here. 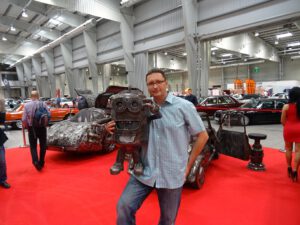 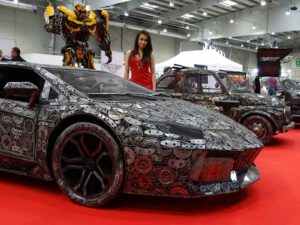 The exhibits also enjoyed popularity among children, this is not a strange one here will find all the heroes of popular films here.

During the May edition of the Night of Museums, there was a chance for a free visit of the gallery. It was particular especially for poor inhabitants of nearby towns. For whom the expense of several dozen zlotys on a ticket is a challenge.

It is worth hunting for such occasions as the Night of Museums, you can then organize an Industrial Tour near Warsaw, for example from Gallery of Steel Figures to go to an amazing side of train Roudboat Skierniewice and the industrial city of Żyrardów.

Gallery of steel figures are undoubtedly the largest tourist attraction of Pruszków, but it is not the only one. A trip to the gallery can be combined with  in the Museum of Ancient  Metallurgy, it is also worth falling into the excellent fish to the Orca Restaurant. In winter, a very active group of ice swimmers, stabbing regularly in the city center  in Pruszków.

If you live in Warsaw and the surrounding area, you must necessarily visit the Gallery of Steel figures, you will certainly not regret it. Below is a picture from both the origins of the gallery and showing its further development.

Places to swim around Warsaw, lakes and beaches on the rivers near Warsaw

Castles near Warsaw – Czersk , Liw, Inowłódz, Ciechanów What to choose?