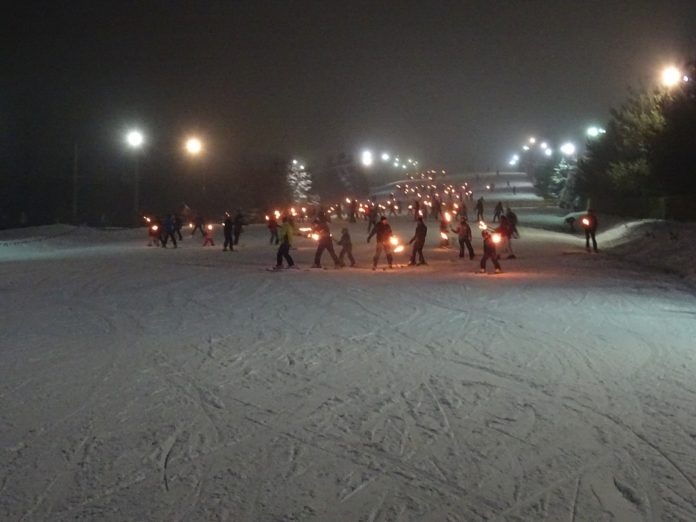 As the Mazovian region is rather flat it’s difficult to find ski slops very nearby. Till some time it was required up to 3 hours drive to reach the nearest ski slope. Now due to new road infrastructure, we will find at least 3-4 of them in the 1h30-40 min reach which makes one day trip possible 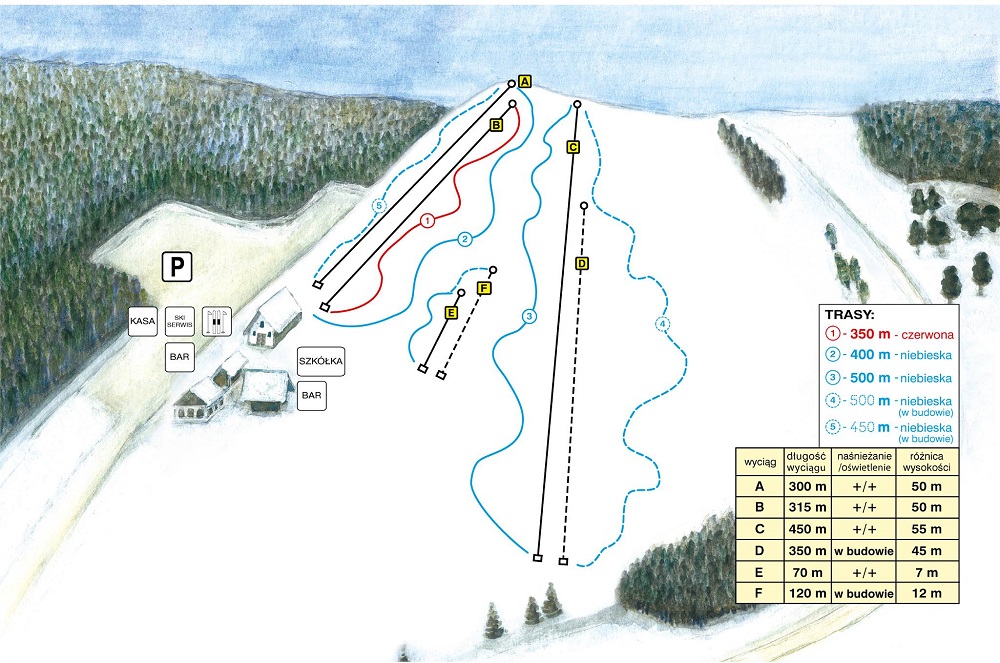 Rybno can be Your first choice if You live in the eastern districts of Warsaw. Due to S8 Motorway can be reached in 1h 15-20 minutes drive. Rybno Slope was expanded during the past two years. It’s very nice located with a beautiful view of Narew River.

The advantage here, there are 3 ski lifts which reduce significantly waiting time, the other positive thing is the infrastructure for beginners and small children with the designated area. If You decided to stay for the weekend You will find nice prices in rural houses in the area and the nearby city of Łomża. Prices in eastern Poland and lower than anywhere else so also asking in Rybno is cheaper.

One thing to take into consideration is the waiting time for equipment rental, during weekends can be up to 2 hours. It’s highly recommended to go to Rybno with your ski equipment.

In the Puławy, Kazimierz You will find another 2-3 ski slopes. The one which is recommended is Stacja Kazimierz, the closest to the magic tiny city of Kazimierz Dolny.

Stacja Kazimierz is well organized this slope is reacting to weather conditions very quickly so usually is opening the fastest and closing season at the latest, Seems the same for the 2021/2 season as we can expect the opening this week.

The hotties info regarding the driving time to Stacja Kazimierz is that finally, we will have the last South Warsaw ring sector opened till the end of the year. This will shorten the driving time to the east south Pl by at least 20-30 minutes one way. Making possible to reach slops in 1h20-30 min max.

The advantage of Stacja Kazimierz is also its location, after sking You can enyoj visiting Kazimierz Dolny, degustation of local wines ciders and beer from Browar Zakładowy is a must. You will find a lot of vineyards in the region, there are also some very nice places to overnights like rural house Agrotursytyka Pod Jablonią or Folwark Walencja with a spectacular location. 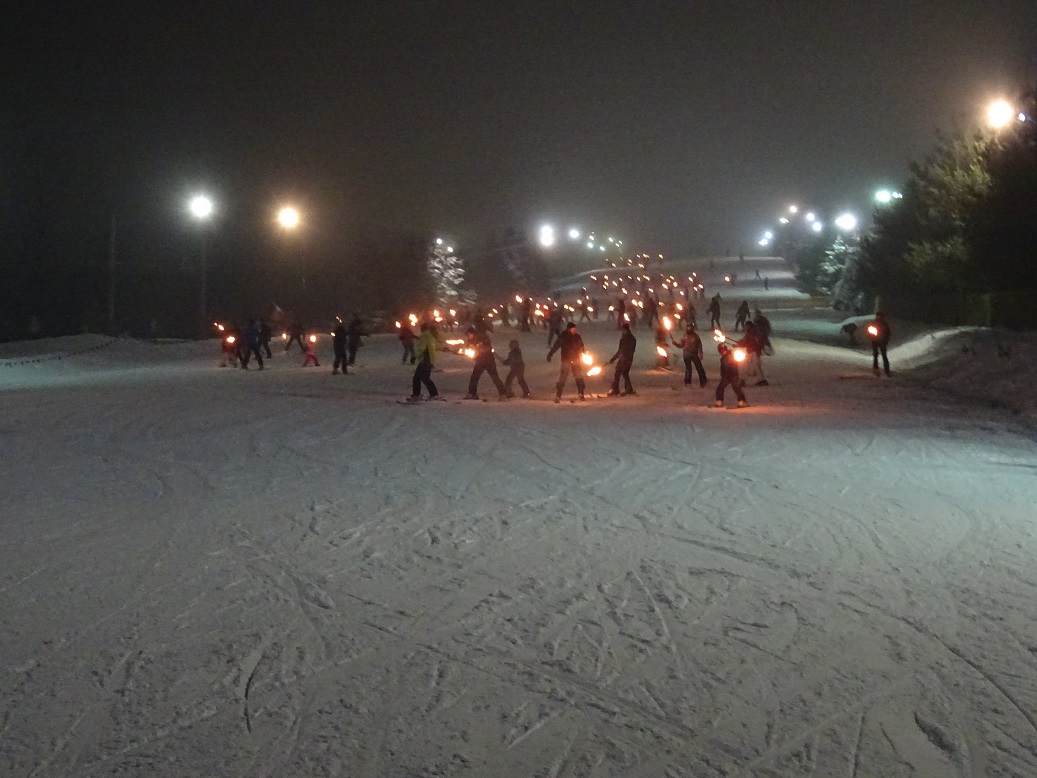 The other region where we find ski slops near Warsaw is Swietokrzyskie, Świętokrzyskie Mountains are the oldest mountains in Poland. Now not that high anymore.

Ski Slope in Krajno is located near Kielce and can be reachable in 1h40-45 minutes now, due to the new express route going from Warsaw. In 2 years the distance will be shortened by 20-25 minutes as a brand new expressway will be opened from Okęcie Airport to Grójec.

Krajno slope’s main advantage is the night Saturday skiing options. Almost every weekend you can go skiing therefrom 20-24.00 at a special lowered price. Another advantage is that there is not som many people during that time so You can enjoy it.

If You decide to overnight there are plenty of options, one is even located just on the slope. Planty of rural houses and nice hotels like Lysica Hotel is located nearby. 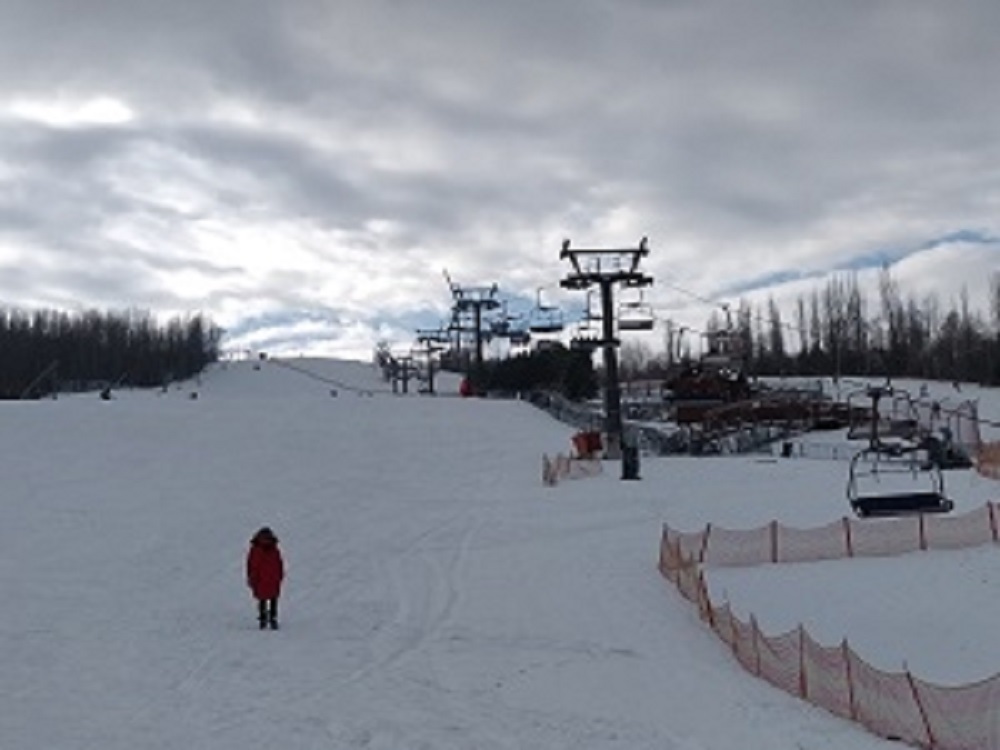 The artificial mountain of Gór Kamieńsk might be Your first choice if You live in the western Mazovia district. Also in that case driving time is less than 2 hours and will be significantly shortened by end of next year when the new motorway A1 will be completed from Piotrków to Kamiens.

As for infrastructure Ski Slope Gora Kamiensk is distinguished by offering real ski lift known from high mountain slopes. Also, prices are quite good here plus an overnight option possible just near to the slope.

If You decide to opt for Gora Kamiensk You should consider visiting Piotrków Trybunalski with its unique Beer-oriented tourism product. There is even a beer spa offer here. Piotrków is known to form its beer tradition and one of the best craft beer producers Jan Olbracht is placed here.

As the road infrastructure is becoming better and better reaching ski slopes in the proximity of Warsaw is not a problem anymore. With driving time close to 1h 30 minutes one-day ski excursion is possible too. In some 1-2 year situation will be even better and we will reach Góra Kamieńska and slops in Swietokrzyskie region at least 20-30 minutes faster one way.

Ski season 2021/2 is starting near Warsaw, first ski slops like Stacja Kazimierz and Tumlin near Kielce should be opened this weekend, let’s try skiing near Warsaw.